‘Super Bad’: why picky children eat based on what they don’t like

A new study from researchers from Penn State University reveals that when it comes to mealtime, children eat based on what they don’t like, avoiding disliked food choices on their plate, while focusing on more favoured options offered to them.

Parents and caregivers often believe “Children eat what they like,” but the reality, according to Penn State nutritionists and sensory scientists, may be more nuanced – the researchers suggest that it may be more precise and appropriate to note “children do not eat what they dislike.”

Lead researcher Kathleen Keller, associate professor in the departments of Nutritional Sciences and Food Science at Penn State, says there is an important difference. She and her team conducted an experiment with 61 children between the ages of four to six to determine their liking of foods in a meal, and assessed what they ate.

The research ended up showing that when a meal was served, children made their eating preferences based on what they don’t like, rather than what they like.

“In other words, rather than high-liking driving greater intake, our study data indicate that lower-liking led children to avoid some foods and leave them on the plate,” Keller says. “Kids have a limited amount of room in their bellies, so when they are handed a tray, they gravitate toward their favourite thing and typically eat that first, and then make choices about whether to eat other foods.”

Professor of food science and director of the Sensory Evaluation Center in the College of Agricultural Studies at Penn State John Hayes, who also co-authored the study, explains it in a different way.

“For 50 plus years, we’ve known liking and intake are positively correlated, but this often leads to the mistaken assumption that if it tastes better, you will eat more,” he said. “Reality is a bit more nuanced. In adults, we know that if you really like a food, you may or may not eat it. But if you don’t like it, you’ll rarely or never eat it. These new data show the same pattern is true in young kids.”

Before the food was presented to the kids, they were asked to rate their liking of each food on a five-point scale: Super Bad, Bad, Maybe Good-Maybe Bad, Good, and Super Good. Then they were presented with the food, from which they could eat to their heart’s content.

The scientists then weighed the trays, noting how much of which food the children ate. The results were noteworthy.

Reporting in the journal Appetite, the researchers wrote that the relationship between liking and intake was not strong for most of the foods, a news release notes. They found that only liking for potato chips, grapes, cherry tomatoes and fruit punch was positively associated with the amount that the children ate. But other meal items that were liked showed no associations between eating.

Keller notes that even at a young age, children’s food choices are swayed by their caregivers and peers. Thus, it’s important to check our assumptions about what really is driving children’s behaviour when they take their place at the table to eat a meal.

“They pick up on what is said around the table about what foods are good, and while that may not actually correspond to kids eating them, they are taking it all in, and that’s affecting their perceptions of foods,” she says. “Milk is a good example of that — for some families, there may be a health halo effect around milk. Kids learn from an early age that drinking milk will give them a strong body, so they may drink milk even if it’s not their favourite beverage.”

Children in the United States do not eat enough vegetables – so findings of research projects such as this one, Keller believes, are of great interest to parents who have a hard time getting their kids to eat healthy foods. Parents are seeking a solution to get their kids to eat more nutritional meals.

“Some parents struggle with kids who are very picky eaters,” Keller says. “That can cause long-term nutrition issues and creates a lot of stress for the family. I think picky eating is one of the most common complaints that I hear from parents — ‘How do I get my child to accept more foods? How do I make the dinner experience better and easier for my family?’” 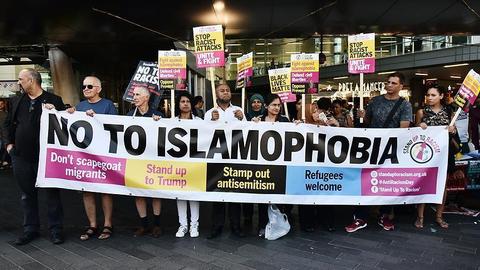