Move over Hubble, the James Webb Space Telescope is here

After decades of preparation, the James Webb Space Telescope is set to launch on December 22, bringing humanity closer to distant planets, and the origin of the universe.

Soon after the renowned Hubble Space Telescope was launched into space in 1990, scientists began discussing a new telescope that would complement and build upon its capabilities and take humanity another step forward in space.

Designed to be much larger and more powerful than its predecessor, Webb’s construction began in 2004, with an initial launch date set for 2007. Nevertheless, due to complications in building the largest and most complex space telescope ever created, the launch was delayed.

Finally, after decades of preparation and 14 years after its original launch date, Webb is set to begin its journey on December 22 when it will be launched from Kourou in French Guyana, and what it promises is certainly worth the wait.

Webb will soon meet its rocket. 🚀

Having been moved to the final assembly building at Europe’s Spaceport, next Webb will be connected to the @ariane5's upper stage & encapsulated within the fairing. Launch is on Dec. 22: https://t.co/FfXhuH8TVX

The Webb telescope’s mission is to shed light on some of the questions that have occupied our minds since the dawn of humankind.

The first galaxies coming into existence is only second to the formation of the first stars following the Big Bang.

Webb will enable scientists to see how the very first galaxies formed and evolved into what we know today. The aim is to observe "the first galaxies, which carry the second generation of stars, which will perhaps teach us things about the first," astronomer Nicole Nesvadba told AFP news agency.

Another mission for Webb is to explore planets in other solar systems, known as exoplanets, to search for signs of life by analysing their atmospheres.

In doing that, scientists actually have a pretty good idea of where to look in search of life: the habitable zone, also known as the Goldilocks Zone, where planets are at the exact right distance from their stars that they are neither too close to the star that it is too hot, nor too far from the star that it is too cold to support life.

Scientists will be looking for elements such as liquid water and carbon dioxide that are the cornerstones of life as we know it to detect earth-like, rocky planets that could potentially host life.

Before Webb, exoplanets had also been too distant for direct examinations and observing their atmospheres was not an option, especially considering that peering into other solar systems is a relatively new phenomenon.

"To think that twenty years ago we knew of almost no exoplanets and now we are about to find out what their atmospheres are made of -- it's huge," Pierre Ferruit, a Webb project scientist at the ESA, told AFP.

Scientists are also planning to explore within our own solar system with Webb. Its total mission duration is set as five years, but scientists are optimistic that Webb can continue its journey for five more.

The key is infrared light

The Webb telescope can detect visible, near-infrared, and mid-infrared wavelengths of light. As it is designed to be “incredibly sensitive” to infrared light, it can observe deeper into time and space owing to the marvel called “red shift”.

Ultraviolet and visible light that objects from the distant 'youth' of the universe, or 13.5 billion years ago, become stretched as they travel through space and time with the expansion of the universe. The stretched wavelengths of light, in turn, arrive as infrared light, or “red shift”, becoming detectable to Webb.

Moreover, Webb’s Mid-Infrared Instrument (MIRI) gives the telescope the capacity to detect light from distant planets even through obstacles in their atmospheres. This allows the telescope to gather data about the molecules in the atmospheres of planets.

With this new infrared technology, Webb is also expected to deliver images of better quality than Hubble in addition to going farther than its predecessor ever could, as Hubble’s operations were limited to ultraviolet and visible light.

.@Michael_RA #JWST can see the heat signature of a bumblebee at the distance of the Moon. #JWSTscience

What awaits Webb upon its launch is a month-long journey that will take the telescope 1.5 million kilometres (930,000 miles) away from Earth, into its orbit around the Sun called the Lagrange 2 point (L2).

Throughout its odyssey, Webb will remain in a position right behind planet Earth as the planet also orbits around the Sun, thus always being protected from the light it emits.

"This will put it in darkness and in extreme cold," Ferruit explained, which is crucial to assure that Webb’s infrared technology works smoothly.

An Ariane 5 rocket from the ESA will be carrying Webb to its point of orbit. During its journey, the giant telescope will begin to unfurl piece by piece, as it had to be folded into the rocket for its launch due its unmatched size.

Webb, which has a sunshield that is “roughly the area of a tennis court” and a primary mirror “at over 21 feet (6.5 meters) in diameter and about 270 square feet (25 square meters) in area,” carrying eighteen gold-plated hexagonal segments, will take two weeks to unfold according to NASA.

Bringing us closer and closer to the origins of the universe, the ultimate goal that Webb serves is bringing human kind closer to understanding why and how the universe exists - a major step towards making sense of our own existence. 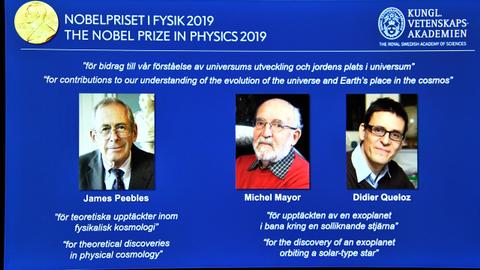