Some experts argue that the US, rather than Russia, has both the capability and motive to carry out last week’s alleged sabotage of the Nord Stream pipelines.

As the Russian attack on Ukraine drags on, cornering both the Kremlin and Vladimir Putin, many Western pundits are in a celebratory mood, accusing Russia of dreadful developments that happen across the world, including the latest Nord Stream pipeline explosions.

But Jeffrey Sachs, a world-renowned American professor of economics, believes the opposite. Yesterday, during a TV appearance on Bloomberg, the professor raised the possibility that the Nord Stream pipeline, which brings Russian gas to Europe, was sabotaged by the US, leading television hosts to take him off air.

“There is considerable circumstantial evidence that the destruction of Nord Stream is a US operation, perhaps with other NATO countries,” Sachs, a Columbia University professor, where he also leads Center for Sustainable Development, tells TRT World.

“While nothing is certain, the evidence at this stage points towards the US as the most likely cause of the events,” he adds. Sachs’ comments came when he said that the Western narrative of ‘an unprovoked attack’ by Moscow on Kiev is a flawed argument. “The US attempt to push NATO into Ukraine and Georgia was a key reason for this war,” Sachs says.

The professor, who has been named among Time Magazine’s 100 most influential world leaders more than once, cites various evidence for his US sabotage argument. In early February, nearly three weeks before the Russian attack on Ukraine, President Biden warned “We would bring an end” to the Nord Stream if Russia used military force against Ukraine, the professor cites.

At the time, Biden was so sure about the end of the Russia-Germany pipeline that he answered a question on how the Nord Stream would end in a telling way. “I promise you we will be able to do it,” he said. “The congratulatory tweet by former Polish Foreign Minister Radek Sikorski, ‘Thank you, USA’ is of course also very suggestive,” adds Sachs.

But that was not all.

“There are many reports of US aircraft overflying the region of the pipeline in the hours before the explosion. I can’t independently verify these claims, but they are widespread,” the professor says.

Moscow denies blowing up pipelines, which cut Russian gas supply to countries like Germany, a vital revenue source for the Kremlin. As a result, blowing up pipelines would not benefit Russia, which does not have a rational reason to destroy it, according to Sachs and other experts. Putin has accused the US of the Nord Stream sabotage.

“There are few if any countries other than the US that have the capability [and motivation] to blow up the pipeline. The US also has a track record of destroying the infrastructure of other countries, including a Soviet pipeline in the 1980s,” Sachs reasons.

After as many as four explosions, Western media outlets published stories pointing the finger at Russia for sabotaging dysfunctional pipelines. From the very beginning, both Western media and leaders as well as Russians agreed that pipeline leaks occured due to sabotage and were not accidental.

Those wanting to align with the US narrative implicated Russia for the sabotage, but “the fact of the matter is all over the world when I talk to people, they think the US did it,” Sachs said during the Bloomberg appearance, stunning his hosts.

“Even reporters on our papers that are involved tell me ‘of course’ (the US did it), but it doesn’t show up in our media,” he added.

Gregory Simons, an associate professor at the Institute for Russian and Eurasian Studies at Uppsala University, is among the experts who choose to doubt Western assertions in relation to the Ukraine conflict, following French philosopher Rene Descartes’ famous saying that “In order to seek truth, it is necessary once in the course of our life to doubt, as far as possible, of all things.”

“If one does a cost-benefit analysis as to who benefits, there is only one clear beneficiary, especially given the timing, which is not coincidental,” Simons tells TRT World, referring to the US. The timing of the explosions occurred when there was talk by Germany to soften [its] stance on Russia sanctions in return for gas,” the professor adds.

Simons believes blowing the pipeline up is not in Germany’s interests because there is growing public discontent in Europe's biggest economy about the energy shortage and approaching winter. “Police violence against the public will only go before costs outweigh any benefits of hard and coercive measures to stay in-line with US interests,” he says.

He also questions how this would serve Russian interests. He draws attention to the fact that explosions happened in Danish and Swedish territorial waters, rather than closer to Russia, means that it would be operationally more risky for Moscow. The professor also reminds the fact that Russians could “just turn off the flow of gas” if they wanted to punish the West.

“In this current situation, Russia has lost its leverage over Germany and EU because it cannot supply or deny the gas through an operational pipeline. This would be a real dumb move to do consequently,” he says.

The US has historically seen the Nord Stream pipeline as an extension of Russian influence over Europe through Germany. In 2014, Condoleezza Rice, the former hawkish US secretary of state, openly stated the US sought to reduce Europe's dependency on Russian energy platforms and increase their dependency on American ones.

Interestingly, with the Ukraine war, Rice’s scenario has partially materialised as many European states began moving away from Russia to the US. The recent Nord Stream explosions may ostensibly fasten that process.

“This is also a tremendous opportunity,” said current US Secretary of State Antony Blinken, referring to the Nord Stream's alleged sabotage and how Europe could move away from Moscow to Washington for their gas supply, last Friday in a press conference.

“That’s a strange way to talk if you’re worried about piracy on international infrastructure of vital significance,” said Sachs.

After the explosions, which greatly damaged the pipelines, Germany, Sweden and Denmark moved to form a joint inquiry unit to investigate the cause of the explosions. “Of course, we should have an open mind and an open and transparent investigation, but that is unlikely under the circumstances. At least the world community should press for such an open inquiry,” Sachs says in remarks to TRT World.

“The destruction of the pipeline poses a major threat to world peace, and should be investigated,” he adds. 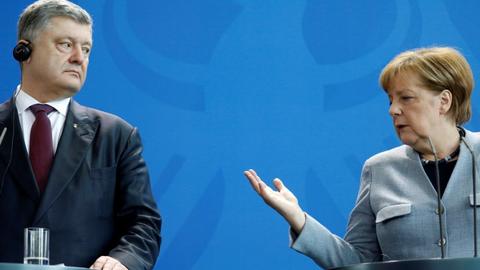