Zeina Awad: Reporting makes me more aware of my privilege

As a correspondent reporting from conflict zones, Zeina Awad says, "With every story you do, you evolve – often in unexpected ways." In honour of International Women's Day, TRT World interviews five exceptional journalists.

TRT World's Zeina Awad has reported extensively from conflict zones such as Iraq, Syria and Gaza. She also reported on the war on drugs in Central America, and covered the 2012 and 2016 presidential elections in the US, polling a wide variety of Americans on issues ranging from economic inequality to reproductive rights, from race to religion.

Awad is a contributor to "No Woman's Land: On the Frontlines with Female Reporters," a book of essays whose proceeds are earmarked for safety training for female journalists.

How has being a war journalist changed you?

ZEINA AWAD: I guess I don't think of myself as a war journalist; I don't actually know what that means. I think of myself as a journalist, a correspondent, an investigator, and I think that with every story that you do, you evolve, and often in unexpected ways. In fact, we were just talking about that in the [Women on War] roundtable; we were saying that everywhere you go, you leave a piece of you behind, and you take pieces of other people that you meet along the way. How has it changed me? I think it's made me more aware of my privilege as a human being in this world. The kind of passport that I carry, the kind of security that I have [and] so on and so forth, because you're constantly coming across people who don't have that, and who live in insecurity because of [it]. So that's one thing it's made me more aware of. It's made me more curious about the world because the more you know, the more you don't know, as they say. Yeah I feel, I guess, incredibly privileged.

What do you do when you're in the field to relax and stay sane?

ZA: Well, a lot of people will tell you alcohol. No, it's true. I don't drink heavily in the field... Often you're staying in places that there's just, you know, there's barely anywhere to actually sleep on, a mat, and if there is [a mat] it's dirty, and there is a windowless room. If you're staying somewhere you're lucky enough to be in a proper hotel, I try and do like short bouts of cardio. I try and do some Pilates moves. And when I am in communication, in other words when I'm not cut off from the world, when my link to the world is not only a satellite phone, I try and stay in touch with my family, with my loved ones. Even if it's a simple WhatsApp text message about the randomest subject, that has nothing to do with what I'm doing every day, that helps me mentally because it keeps me in connection.

Often, one of the big risks of being in these kinds of environments is that it could create a gulf between you and and the people who are theoretically the closest to you. Because what you're seeing every day, and what you're living every day, is so out of the realm of their ordinary. So I feel I need to keep that connection whenever possible. It's not always possible.

What is the biggest change you've witnessed in journalism in the course of your career?

ZA: Definitely the rise of social media. That's by far the biggest change I've seen, because it's changed how we tell stories, it's changed the pace at which we tell stories, and also the expectation of you as a journalist. Is it good? Is it bad? I think it's mixed. And I think we've had many times in modern history when we've had new technology come on board and we thought, "Oh my gosh! It's the demise of whatever craft it is!" And nothing is really ever the demise; you just have to evolve with it and see where it goes. I feel sometimes like social media may have amplified the ego of the individual who's gathering information, at the expense of storytelling or the people whom the story is about.

Women on War: Reporting from the Frontline 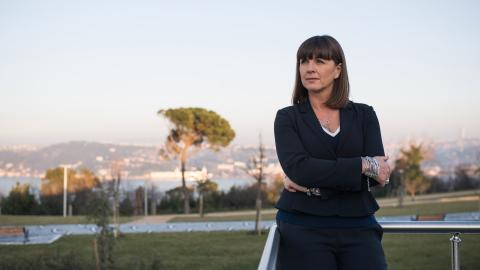 Sue Turton: the biggest change is the immediacy 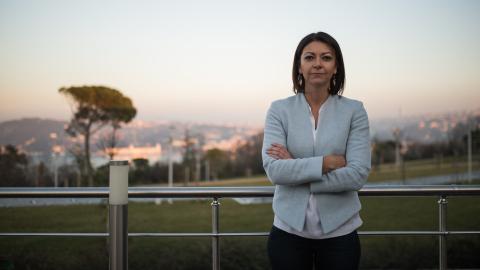 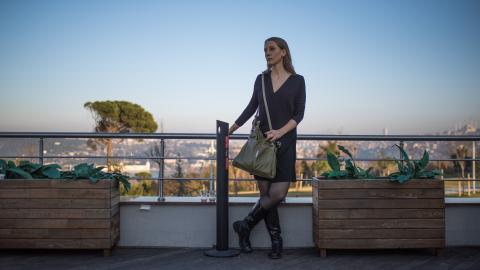