What does it mean now that the UAE is on the tax-haven blacklist?

The European Union has broadened its tax-haven blacklist and the United Arab Emirates is one of the newest members of the club.

The countries already on the blacklist? That would be Samoa, Trinidad and Tobago, and three US territories of American Samoa, Guam, and the US Virgin Islands.

What happens if you're blacklisted?

Blacklisted countries face considerable damage in terms of reputation as well as harsher controls on their transactions with the European Union (EU). No sanctions have yet been agreed on by the EU if they even decide to sanction any of these countries.

Jurisdictions are blacklisted if they have significant shortfalls or loopholes in their tax rules that favour tax evasion. Those who commit to change the rules by a set deadline are removed from the list.

Most of the so-called non-cooperative jurisdictions on tax matters are small Caribbean and Pacific islands. These islands mostly rely on tourism and off-shore arrangements that backers consider crucial for global finance.

Officials from the EU say they had given the countries about a year, until the end of 2018, to change their tax rules in accordance with EU standards. But so far, they say they have not done so.

EU tax commissioner Pierre Moscovici said the listing process was a great success because it has pushed dozens of countries to scrap 'harmful tax regimes'.

What does the UAE say?

State news agency WAM reported that the United Arab Emirates says it regrets the European Union's decision to blacklist it, and that it has shared with the bloc a detailed plan of the action it is currently undertaking.

"This inclusion was made despite the UAE's close cooperation with the EU on this issue and ongoing efforts to fulfil all of the EU's requirements," WAM said.

"The UAE remains firmly committed to its long-standing policy of meeting the highest international standards on taxation, including the OECD's requirements, and will continue to update its domestic legislative framework in this regard."

What about the EU?

Some European Union states opposed the listing even though Tuesday's decision had already been taken.

Before the Tuesday meeting of the EU ministers, Romanian Finance Minister Eugen Teodorovici told reporters that he expected the decision to be delayed to May.

To take such a decision on tax matters, it is a must to have the backing of all of the 28 EU states.

Reuters says it has seen the EU documents that show Italy and Estonia objected to the new tax haven list, as they opposed the inclusion of the United Arab Emirates.

At a closed-door meeting on Friday, the Italian representative reportedly said the UAE should be given until the end of this year to change its rules and comply with EU tax standards.

Italy's far-right led government asked the EU to place the UAE on a secondary 'grey list' of countries that have agreed to comply with the EU standards.

Italy is one of the UAE's largest EU trading partners, exporting everything from designer leather handbags to factory machinery to the Gulf state.

US 'linguistics' have changed the status of the occupied Golan Heights 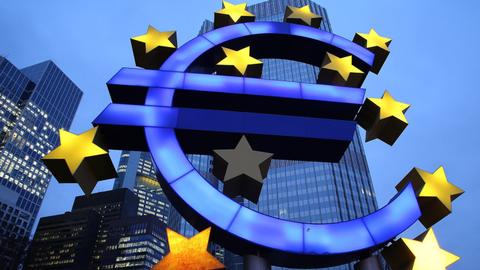