The prestigious Bilkent University in Ankara has decided that in order to ensure high standards and to prevent cheating on at-home exams, a mid-size mirror was necessary for each candidate.

Mirrors… We preen in front of them, we check ourselves out, we put on makeup, we put on contact lenses.... But a university in Turkey's capital city Ankara has found a novel use for them: preventing students from cheating on exams.

The private university has sent its 11,000 students medium-sized mirrors to place behind themselves as they sit at their computers taking exams, in order to show that there is no one and nothing else that is helping them.

“It turns out we are not the first to do this,” Chancellor Abdullah Atalar tells TRT World. He gives the example of Google job interviews as another venue for mirrors such as the ones they had produced.

“We are trying to secure the online exams for all of our students, by making sure that they only have the questions on their screen, and nothing else,” Atalar adds. “It’s not because we think our students cheat.”

“This is just one of the precautions we take,” Atalar says. “The students do not touch the keyboard or the mouse, we see their hands. They write their answers in their own handwriting and then scan their answers and send them to us so they can be graded by their instructors.”

There is also the ‘honour pledge’ which Atalar says has been an idea in academics for decades: “When I was studying in the US, I had to sign a similar document before each exam saying that I would not cheat.”

The ‘honour pledge’ of Bilkent University says: “I pledge on my honour that the work that I will submit for my final exams will be entirely my own. I will not receive or utilize any unauthorized assistance from any source, nor will I provide such assistance to others. I understand and accept that any violation of integrity on my part will result in a disciplinary hearing and may lead to severe penalties.”

Aysu Koca, 22, a 4th-year Economics student tells TRT World that she was aware that she would receive a mirror shipment because she had seen reports on social media and heard from her friends about it. “Then the school also made a statement about it so we were informed.”

According to Koca, when they first heard about the mirror, they worried about its size and where to place it. “[When it arrived, though], I thought it was a useful mirror that I could use not just for exams but afterwards, too.”

She says she keeps hers on her desk, and it is quite functional. “Alternatives [to the mirror] could have been a two-camera system or signing on on both cell phone and computer into the school’s system. But these take a toll on your internet speed. Besides, the school did not tell the students to buy a mirror for themselves; it sent each of us one. So now we each have one.”

Emre Umur Cakir, 22, a 4th-year Management student, says he got the email from Bilkent University about the mirror before he heard about it from his friends and social media. “I received the notification about two weeks ago, and the mirror some time mid-last week,” he tells TRT World.

“I admit these are unusual circumstances, but I don’t find the idea too illogical,” Cakir adds. He thinks it’s a middle course solution that is neither perfect nor ridiculous as some on social media have made it out to be.

Cakir says once the pandemic is over and he no longer needs to take his exams at home, he will “probably give the mirror to my mother so she can use it to do her makeup.”

The so-called ‘exam mirrors’ were custom made for Bilkent University by one of Turkey’s largest home furniture manufacturers, Tepe Mobilya.

Chancellor Atalar emphasises that while they do not think that their students are cheats, the university is taking precautions to prevent cheating for the students’ own good: “Bilkent University cares about the reputation of its students. We do not want our students who graduate during the pandemic to have a lesser valued diploma just because people are suspicious whether they received their grades by cheating or studying. We are doing this to say ‘You can trust our graduates’ grades.’” 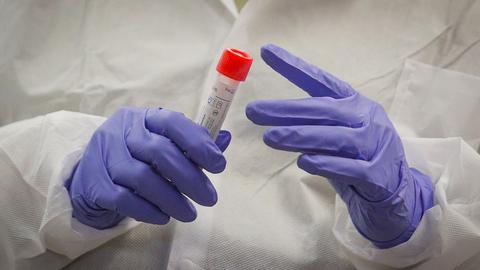 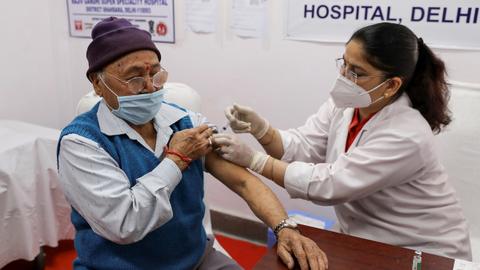 India vaccine drive expands to those over age 60 – latest updates 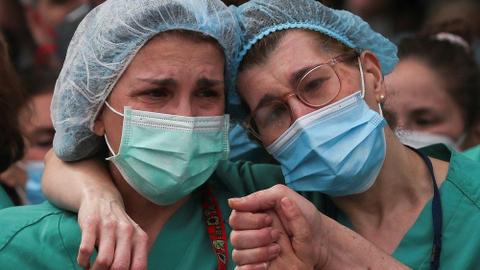 The Covid-19 pandemic is fuelling attacks on health workers globally