Last year, without proof of life, the US attempted to negotiate with the Syrian regime for the American journalist, who was kidnapped in Damascus in 2012.

When two top US officials went to Syria in early 2020 to hold talks with the Syrian regime for the return of American hostages, the White House wasn’t sure if Austin Tice was still alive. The journalist was kidnapped in 2012 in Damascus while covering the war, but the US had never directly negotiated with the regime.

"If he's alive, we would like to get him back," former US President Donald Trump told reporters at the White House last March.

Now diplomats and intelligence officers of President Biden’s administration believe that is the case.

"We operate with the sincere belief that Austin is alive and waiting for us to come get him," Special Presidential Envoy for Hostage Affairs, Roger Carstens, told McClatchy, the American newspaper outlet that Tice was freelancing for, on Wednesday.

A National Security Council official said that they were working daily to free the journalist who was apprehended at a checkpoint by an unknown military man, as well as all US citizens held in captivity overseas. No one claimed responsibility for his disappearance, but it is widely believed that Tice is currently being held by the Syrian regime.

In 2016, reports claimed that Tice was seen at a hospital in Damascus, but officials who were working to bring him home couldn’t find any evidence to support this claim, The Intercept reported. Since the kidnapping, Tice’s family has never received any information about him.

The Hostage Recovery Fusion Cell, a multi-agency team whose mission is to recover American hostages, is pursuing the case. Chris O’Leary, who formerly worked for the FBI’s Terrorism Task Force has recently become the director of the body, McClatchy reported.

Four months in, Biden’s Syria policy still remains unclear, but as with Trump, his administration says hostage recovery will be a priority.

The administration has not commented on another high profile American hostage, Majd Kamalmaz, an American psychotherapist of Syrian descent. He disappeared in 2017 after traveling to Syria following the death of his father-in-law.

The regime doesn’t acknowledge holding Kamalmaz, but he was last seen at one of their checkpoints.

But the Trump administration’s effort to negotiate the release of the two men reportedly failed as Mamlouk informed the delegation that the regime wasn’t willing to discuss anything under current circumstances.

No discussion could take place regarding American hostages as long as US military forces remained in Syria without the regime’s permission, CBS News reported Syrian officials as saying. 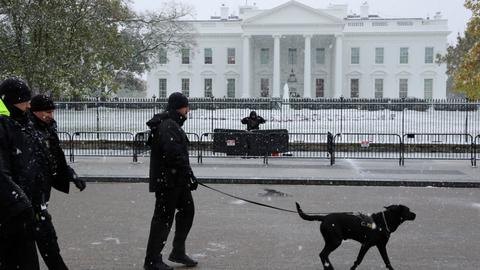