Even When I Fall | Storyteller

1
All Putin’s men
2
Why hundreds of children die in Russian schools every year
3
As tensions soar over Ukraine, who is responsible for disinformation?
4
When women speak: Afghan activists who are forcibly disappeared
5
Nestle offers cash to cocoa farmers to try and reverse past wrongdoing

Sheetal and Saraswoti are both survivors of child trafficking to Indian circuses. They had been rescued and brought back across the border to Nepal, but what does the future hold for these young women returning to a home they barely remember?

[NOTE: Due to copyrights, the full film has been removed on August 23.]

By Sky Neal and Kate McLarnon

Working with the performers of Circus Kathmandu over a six year period, some from the moment of rescue and through the inception of the circus company, we chose to follow a process of filmmaking which had collaborative storytelling at its heart.

Early on we came across the challenge of how unfamiliar documentary filmmaking was to them, and how difficult it was for the young people to articulate their feelings to us, even though the desire to share was there. It was important for us to find a method they could relate to –that included them. As they discovered that performance could be their medium for both personal and political change, the film inevitably followed suit. Together, we looked at ways we could harness their skill and expression to help us to tell their story. The switch between the fantastic and the mundanity of daily life is one they make quite naturally as circus performers, and one we’ve tried to capture in the film.

As we got to know Saraswati and Sheetal, the two main protagonists, we decided together that we didn’t want to create a documentary that focused only on the problems faced by poverty stricken Nepalis or the graphic horrors of victimhood, but instead to tell a story of resilience and transformation. We felt the more rarely told story is about the aftermath of trafficking in a survivor’s life, and the barriers to surviving it with dignity. There is the collateral damage visible within families and communities - the stigma, the loss of childhood and education - but also the insidiousness of trafficking in the midst of so many problems and the way it hides itself in plain sight – offering safety, salvation and promise to desperate parents. We wanted to be able to show and understand the pain and guilt we saw carried by a mother who sent her daughter away with an aunt – only hearing her harrowing story 10 years later.

Saraswoti and Sheetal are inspiring, funny, brave and full of strength. It is thanks to their trust and patience that this is a film that portrays the impact of modern slavery on the lives of a small handful of individuals, in the microcosms of family and friendship. The story of trafficking is complex and the road to tackling it is the same. The film we’ve made is not black and white but it gives us a glimpse into the changing lives of some amazing young men and women, whose skill and resilience we found incredible to witness. Instead of great declarations we have awkward silences, undercurrents of memory and distress, the slow building of trust and resolve. And the occasional gravity defying backflip. 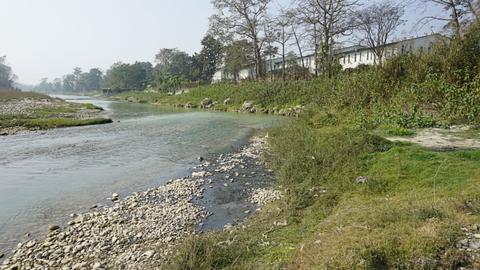 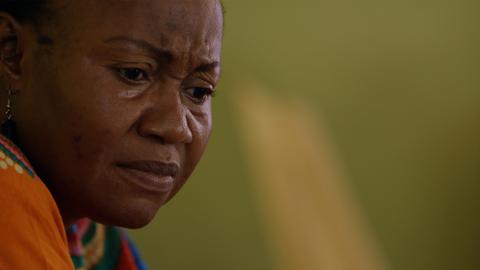 Abuse and the UN | Storyteller

1
All Putin’s men
2
Why hundreds of children die in Russian schools every year
3
As tensions soar over Ukraine, who is responsible for disinformation?
4
When women speak: Afghan activists who are forcibly disappeared
5
Nestle offers cash to cocoa farmers to try and reverse past wrongdoing