As the use of cash declines and interest in cryptocurrencies grows, some financiers think it’s time for central banks to enter the e-money market. But experts think otherwise.

This week the International Monetary Fund (IMF) once again put its weight behind the revolutionary idea of a Central Bank Digital Currency (CBDC).

“Technology will change, and so must we,” she said, speaking at a fintech conference in Singapore on Wednesday. “Lest we remain the last leaf on a dead branch, the others having decided to fly with the wind.”

For quite some time, the IMF has been raising the CBDC concept as an alternative to how money is currently used.

That’s because cash is on the decline and authorities don’t trust private sector alternatives already on offer.

But there is still debate around the exact nature of a CBDC, an idea still at a conceptual stage. Yet, the backing of the IMF is bringing it to the forefront.

How does a CBDC work?

Traditionally, a central bank issues money in the form of bank notes and coins. They also offer reserve balances, which are used to settle large interbank payments.

A CBDC is a new form of money that would be digital with no physical manifestation. Like cash, deposits and debit cards, it could be used to make payments, purchases and settle other financial transactions.

The latest IMF study sees this happening either through a deposit-based or a token-based CBDC. A deposit-based system works similarly to the use of commercial banks by depositors today — money simply moves from one account to another.

The job of the central bank would be to keep a record of the transactions and verify user information.

Some central banks, such as Bank of Canada and Norway’s Norges Bank, have conducted studies to see if it’s a good idea for them to step beyond the duty of printing currency notes and into the realm of financial tech, where electronic tokens can be generated.

A token-based CBDC is no different — people and businesses would use electronic wallets to make or receive payments.

E-payment service providers such as PayTM in India and China’s AliPay are already moving money digitally between e-wallets against customers’ actual funds that are kept in custodian accounts.

So what’s the big difference?

Unlike e-payment services, a CBDC would be backed by a state just like today’s banknotes and coins. It wouldn’t be the liability of any private firm and therefore wouldn’t pose a risk to the stability of the financial system if something went wrong like a cyberattack.

The idea might be getting more attractive for countries such as Sweden, where there has been an absolute decline in the use of cash, which now accounts for just 13 percent of payments in stores. This has even prompted the country’s central bank, Riksbank, to consider if it should use e-krona, an electronic version of its currency.

And that is where a battle of varying ideologies comes into play.

First thing’s first, a CBDC is nothing like a Bitcoin or any other cryptocurrency. It’s actually an anti-Bitcoin. Cryptocurrencies are not guaranteed by any state or controlled by a central bank, they are generated by powerful computers that consume a lot of electricity.

“What is happening is that there is a realisation that you can’t leave (digital currencies) to the anarchy of the market because there are too many uncertainties about Bitcoin and blockchain,” Martin North, of Digital Finance Analytics, told TRT World.

Governments are concerned that if they don’t react they will lose control over money supply, which can consequently jeopardise the integrity of the financial markets, he added.

“Of course they are also concerned about money laundering and other sort of criminal activities.”

While there is no immediate danger, cryptocurrencies could become a problem for central banks in the future, undermining the effectiveness of monetary policies and raising questions about general financial stability, according to a Bank of Canada report.

The billions of dollars spent on cryptocurrencies have gone mainly into building the expensive servers and Bitcoin trading. The impact of cryptocurrencies on commerce remains negligible, David Gerard, author of Attack of the 50 Foot Blockchain, told TRT World.

“There is almost no cryptocurrency economy. Bitcoin holders have this fantasy of taking over the world of financing when they don’t understand it.”

If depositors move their funds to central banks, then commercial banks that depend on money from individuals and businesses to lend onwards would obviously take a hit.

The IMF says commercial banks can respond by raising returns on deposits and charging more on loans.

“If retail customers bank directly with the central bank that would be a very, very secure way of banking their money. But that’s trouble for commercial banks,” said Gerard.

CBDC can also be seen as an attempt by central banks and the IMF to have more data, he added.

“I’m looking at this in terms of power and control and how centralised a banking system IMF advocates for.”

Interestingly, the proponents of CBDC say that e-money under a central bank can offer more privacy than private companies.

Built on the blockchain technology, which is used by cryptocurrencies, the CBDC transactions would be encrypted. However, the information could be shared with a government if a court ordered it.

Even if digital currencies are the future, CBDC would have to overcome many challenges. 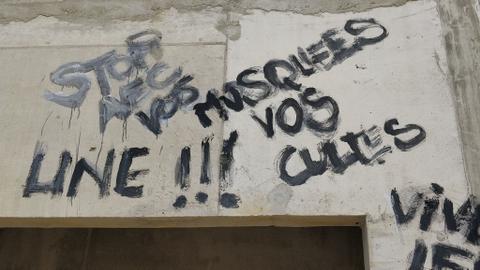 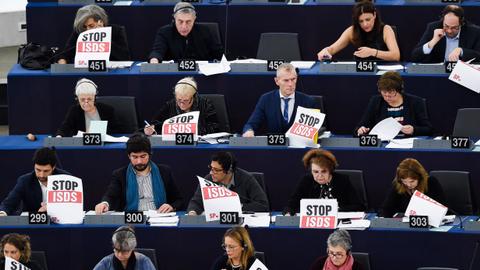