The compulsory check-up in the recruitment process of female cadets has been called abusive and discriminatory by human rights groups.

"We have done away with these examinations, especially with regards to the hymen, whether it has been ruptured and the extent of the rupture,” Perkasa said in an interview with reporters.

"The purpose of the examinations now is more focused on ensuring that the recruit will be able to lead a healthy life and will not encounter any medical issues leading to the loss of life," Perkasa said.

His announcement came after he signalled the move saying that the recruitment process should be similar to the male medical test less than a month ago.

“There will be no more examination outside that purpose,” Perkasa said, referring to the so-called vaginal test. “There are things that are not relevant…And [we] can’t do that kind of examination anymore. We must do the same examination on the women recruits like we do on the men recruits.”

While the security forces halted the examination in 2014, and police forces followed the lead a year later, the military maintained the decades-old practice. Dozens of women were subjected to the “virginity test” when they married into military families in Indonesia also quietly spoke out against the practice, Human Rights Watch said in a report.

“The examination can be painful, humiliating and traumatic. Given that these procedures are unnecessary and potentially harmful, it is unethical for doctors or other health providers to undertake them,” the WHO, UN Human Rights, and UN Women said of the practice in a statement in 2018. The groups have condemned the practice for being “a human rights violation.”

The so-called examination includes inserting two fingers inside the woman’s vagina to check if the hymen is ruptured - a supposed assessment determining whether the recruit has previously had sex.

“‘Virginity testing’ has no scientific or clinical basis. There is no examination that can prove a girl or woman has had sex – and the appearance of girl’s or woman’s hymen cannot prove whether they have had sexual intercourse, or are sexually active or not,” the statement said.

The practice also carries risks of re-traumatising rape survivors, as well as feeding into stereotypes around women’s sexuality and gender inequality.

“It is sexual abuse,” Andreas Harsono, a researcher for Human Rights Watch told the New York Times. “It is sexual violence.”

Harsono interviewed dozens of women who were traumatized and some were reluctant to speak about the experience. The assessment mostly involved a male doctor and two nurses helping him to hold the woman, his research found.

The army chief wasn’t clear on when and how exactly the termination of the test would go into effect.

Human rights defenders welcomed the army's move towards taking steps to end the practice overall but now say it is the responsibility of territorial and battalion commanders to follow orders, and recognise the unscientific, abusive nature of this practice.

“Increased pressure also needs to be focused on the top commanders of the navy and the air force to follow the army’s lead, and end this practice,” the HRW said.

The group had spoken to over 100 female military recruits who had been subjected to the tests. 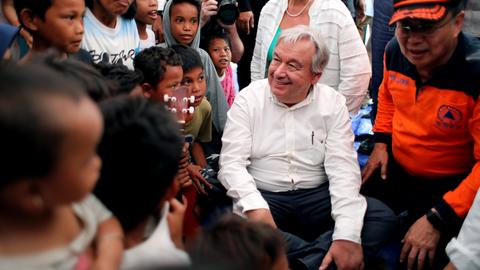