The first intra-Afghan peace talks: What’s on the table?

The discussions are part of a drawn-out process and a quick breakthrough on thorny issues is unlikely.

After years of waiting, the Afghans have finally engaged in negotiations. They could result in the possible end of decades-long conflict in which tens of thousands of civilians have been killed and displaced.

Representatives of the Afghan government and the Taliban movement met in Doha, Qatar, on Saturday amid hopes that the two sides will eventually agree to form a power-sharing government.

The meeting marked the first official contact between the insurgents and the Kabul officials in intra-Afghan peace talks, which comes six months after the United States signed a deal with the Taliban as part of an exit strategy for American troops.

“Remember this is the beginning of a long and fragile process. Nothing substantial has been discussed and the topics involved are very sensitive,” says Amina Khan, Middle East and Africa director at the Institute of Strategic Studies Islamabad (ISSI) think-tank.

“What needs to be appreciated and acknowledged is that this is the first time since 9/11 that the Taliban and the Afghan government have officially met in a bid to achieve peace.”

In February, the US signed an agreement with the Taliban envisaging the withdrawal of American soldiers by next year. In return, the insurgent group was asked to break ties with groups like Al-Qaeda.

That was the culmination of year-long meetings in which US Special Representative, Zalmay Khalilzad, played a key role as he ferried between Washington, Kabul, Islamabad and other capitals to bring the Taliban to the negotiating table.

Up until recently, the insurgent group refused to negotiate directly with the government of President Ashraf Ghani as it saw the Kabul administration as a “puppet” backed by Western powers.

Another sticking point was the release of the Taliban fighters from the custody of Afghanistan’s security forces. Kabul has released 5,000 Taliban prisoners including some battle-hardened militants as a goodwill gesture.

What’s on the table?

The first face-to-face meetings between the Afghan government officials and the Taliban leadership, which is led by Mullah Abdul Hakim, the group’s de facto chief justice, is not expected to produce any immediate breakthrough on contentious issues, says Khan, who has for years studied the Taliban.

The biggest agenda on the table is a way to enforce a ceasefire. Even as the delegates were settling in Doha, violence raged across Afghanistan with insurgent attacks reported in more than a dozen provinces over the weekend.

“Taliban will have to reduce violence significantly and I think Kabul has played a role by releasing all the prisoners,” says Khan.

Going forward, Kabul will seek assurances from the Taliban on matters such as women and minority rights and press freedoms - the liberties which many Afghans value and resist the Taliban for.

There’s also ambiguity over constitutional changes and the future government setup which can accommodate the Taliban - they have so far refused to participate in any democratic process.

Under the Taliban rule that started in 1996 and ended in 2001 with the US invasion of the country, a strict Islamic law was implemented under which people were often punished publicly. Women were not allowed to work and men forced to wear beards.

But Amina Khan says the Taliban have come of age since then. “If we compare the Taliban of two decades ago with the present-day Taliban, then there are many differences.”

Instead of calling for an implementation of their strict version of the Sharia law, the insurgent group has toned down its demands and is now talking about an Islamic governing system - something even acceptable to the Afghan government, she says.

“They used to talk about an Islamic Emirate. Not once did we hear them mention it in these rounds of talks. In fact they insist that they want an Afghanistan which is inclusive and willing to accept other ethinic and political factions.”

The two sides are also aware that they can not drag their feet on the negotiations as the US has started pulling out its troops. The number of American soldiers fell from 13,000 in February to 8,600 in June.

A series of attacks on people who were part of the US brokered peace process has also raised concerns. Fawzia Koofi, a 45-year-old advocate of women’s rights, escaped an attack last month.

The Taliban had denied involvement in that and similar attacks. At the time, Khalilzad asked Kabul to push ahead with negotiations to avoid the spoilers who are against the talks. 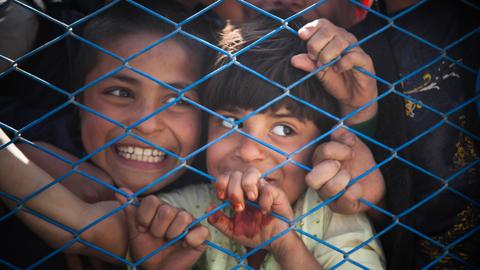 Can there finally be peace in Afghanistan?