Iran's nuclear chief says the UN nuclear watchdog's demand for access to the Karaj workshop is beyond "safeguards" and unacceptable to Tehran.

Iran's nuclear chief has said demands by the UN nuclear watchdog IAEA for access to the Karaj workshop are beyond safeguards and unacceptable to Tehran.

"Karaj... is outside of safeguards... We act within the framework of safeguards and NPT (nuclear Non-Proliferation Treaty) and do not accept anything else," the head of Iran's Atomic Energy Organization, Mohammad Eslami, said on Tuesday, according to semi-official news agency ISNA.

"The Karaj issue is closed, and the alleged cases and Karaj are interconnected and must be resolved together," he added.

The IAEA warned in November that without access to a centrifuge parts production site near Karaj, the nuclear watchdog will not be able to “guarantee” they know what's going on at all of Iran's nuclear sites.

US pursues diplomacy but explores alternatives

US Secretary of State Antony Blinken said on Tuesday the United States continues to pursue diplomacy with Iran regarding the return to nuclear talks because it was among the best options available.

"We continue in this hour, on this day, to pursue diplomacy because it remains at this moment the best option, but we are actively engaging with allies and partners on alternatives," he said.

Speaking at a news conference in Indonesia, Blinken said Washington was actively engaging with its allies and partners regarding alternatives.

Iran earlier on Tuesday accused Western parties to its 2015 nuclear deal of persisting in a blame game, a day after European diplomats said the accord would soon be an empty shell without progress.

The statement of diplomats offered a pessimistic assessment of efforts to revive the deal under which Iran had limited its nuclear programme in return for relief from US, European Union and UN economic sanctions.

Negotiations restarted on Thursday last week to try to revive the 2015 deal between Iran and world powers, which the United States withdrew from under Donald Trump in 2018.

Iran claims it only wants to develop a civilian capability but Western powers say its stockpile of enriched uranium goes well beyond that and could be used to develop a nuclear weapon.

US President Joe Biden has said he is ready to return to the agreement and Iranian officials maintain they are serious about committing to the talks.

READ MORE: Is a restoration of the Iran nuclear deal becoming increasingly unlikely? 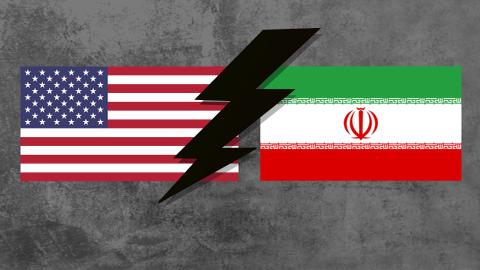 What could Iran do if Trump pulls out of nuclear deal?