The anti-Iranian sentiment that has dominated weeks of protests in Iraq might have been a turning point.

On the evening of November 27, Iraqi protesters chanted a slogan repeated since the beginning of the protests as they spread from Baghdad to the south: “Iran out, Iran out!”

Almost two months since the protests kicked off, disillusionment with Iran’s hand in Iraqi affairs reached its peak as protesters not only chanted anti-Iranian slogans but set fire to Iran’s consulate in Najaf, a city at the centre of the historic relationship between Iraq and Iran’s Shias.

Iraqi Prime Minister Adel Abdul Mahdi’s said on Friday that he will submit his resignation to parliament in the wake of security forces’ violent response to protesters. Mahdi previously rejected resigning after meetings with the commander of Iranian Revolutionary Guards’ Quds Force. Reports said Iraq’s most influential Shia cleric, Grand Ayatollah Ali al Sistani’s call for a change in the leadership has led to the decision.

Here’s why the burning of the Iranian consulate in Najaf carries so much weight:

Najaf is the centre of pilgrimage through the Shia Islamic world

Najaf is an important religious hub for Shias in Iran as it is home to some of the most sacred shrines for the Shia branch of Islam. Najaf carries particular importance for being the final resting place of Ali Ibn Abu Talib, the son in law and companion of the prophet Mohammed. Shia Muslims see Ali as the legitimate successor to the Prophet.

A large number of Shia Muslims travel to Najaf and Karbala every year to take part in Shia pilgrimage of Arbaeen, regarded as the largest annual public gathering in the world.

The city is also home to one of the most important seminary centres training Shiite clergymen.

The Big Four refers to the four most high ranking Grand Ayatollahs based in the holy Shia city. The most senior among the four is Sistani.

The country’s Hashd al Shaabi forces, also named as Popular Mobilisation Forces (PMF), which had a vital role in the fight against Daesh, were founded after Sistani’s call during a Friday sermon. Sistani opposed the group, primarily funded and commanded by Iran when it wanted to participate in the elections. But the group expanded its military influence into politics after the territorial defeat of Daesh.

Regarding the protest movement, Sistani said Iraqis have the right to choose their leaders -- a statement perceived as support to the Iraqis taking to the streets. Yet, the Iran-backed PMF is protective of Sistani after the Najaf consulate burning.

“We will cut the hand of anyone trying to get near (Grand Ayatollah Ali) al Sistani,” commander Abu Mahdi al Muhandis said in a statement on the PMF website.

Following the incident, Sistani warned a civil war and called for Mahdi to consider his choices - a move that seems to have led to the announcement from Mahdi that he will resign.

The protests in Iraq don’t have a leader and, rather than sectarian motives, they are centred around everyday problems that both the country’s Shias and Sunnis suffer from. Despite this, a majority of the protesters are made up by Shias, with Sunnis reportedly fearing to participate in the anti-government protests.

Since the protests began, the protesters have been blaming Iran for the violence against the protesters and the country’s stubborn problems including a lack of basic services, jobs and corruption.

As an expression of their disillusionment, Iraqis have also set Iranian flags on fire and attacked the Iranian consulate in Karbala, another holy Shia city. But this time protesters set the whole consulate building ablaze -- an indication of increasing public anger against Iran. The Iranian flag on the consulate was removed and replaced by the Iraqi flag.

The Iraqi government has promised reforms to calm the protesters but largely failed to deliver on its promise and stop the violence. Since the beginning of the protests, more than 350 people have been killed. Iraqi protesters say it’s the Iraqi security forces and Iran-backed militias that the government define as unknown men who are responsible for the killings.

Iraqi security forces killed at least 45 protesters on Thursday after they stormed into the Iranian consulate, marking one of the most violent days of the protests in the country.

The deputy governor of Najaf resigned in protest of the Thursday’s violence against the protesters.

Iran could use the burning of the consulate to justify further use of force against the protesters, some protesters and analysts believe.

The tension between the Iraqi government and Iran

Iraqi security forces evacuated Iranian officials through the backdoor shortly before the storm of protesters, reports say. But the security forces guarding the consulate couldn’t put out the fire and prevent protesters from entering the building.

The Iraqi government condemned the burning of the consulate, saying that it was “aimed at damaging the historical relations between Iraq and Iran and with the rest of the countries.” But Tehran is not satisfied with the Iraqi government’s response and blames Iraq for failing to protect its consulate in Najaf.

"The Iraqi government is responsible to secure the safety of diplomatic missions and diplomats in Iraq...Tehran strongly condemns the attack and demands the Iraqi government's firm response to the aggressors," Iranian state TV quoted the Iranian Foreign Ministry Spokesman Abbas Mousavi as saying.

Iran closed its Mehran border crossing to Iraq for an unspecified period following the incident. 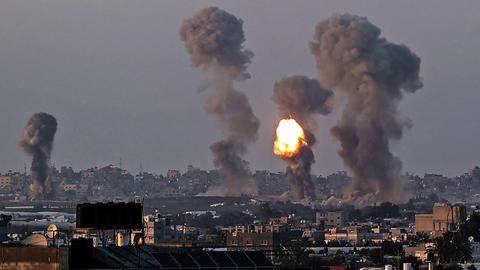 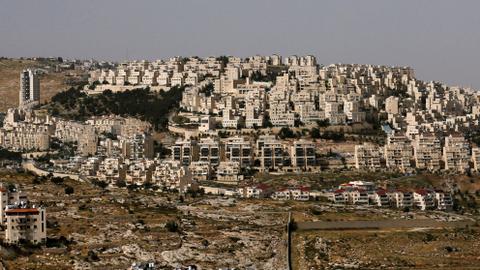 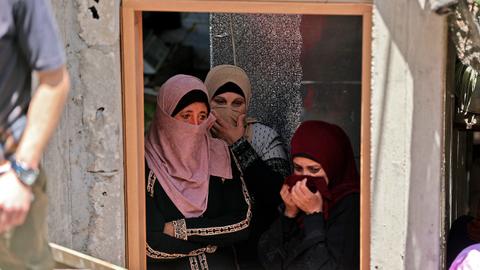