A Palestinian journalist from East Jerusalem recounts the horrors of Israeli occupation of Palestine — how it can affect people not only physically but mentally, too.

As a Palestinian born and raised in the old city of Jerusalem, I have many memories of Israel's occupation. On the way to school or on my return home, I used to see Israeli settlers and gun-toting soldiers walking around preventing people from moving freely.

What is happening today in Jerusalem is just another episode of what we’ve been experiencing for decades. A continuous scenario of land confiscations, house demolitions and evictions, as well as violence against Palestinians who are not willing to leave their city to the occupiers. Simply, it is ethnic cleansing.

The amount of violence that Palestinians in the city are witnessing, is unbelievable. As I’m writing this piece, I’m hearing them chant “God is the greatest” in the old city of Jerusalem. Tensions continue to rise. Israel is once again baying for Palestinian blood.

As a journalist, I have been covering Israel's occupation of Palestine and its impact on people for about seven years. My efforts have always been to tell the story of Palestinians and what they’re going through with nuance and clarity. My experience on the ground has helped me look at the big picture. What is happening, not only in real life but also how the media is portraying the ongoing violence, explains why the Israeli occupation of Palestine has become so entrenched over the decades.

Many international news agencies and networks tend to follow the Israeli government's official line on the incidents of violence and aggression carried out by Israeli forces against Palestinian civilians. They peddle a narrative that is one-sided and focused on showing the Israeli state and Palestinians existing on equal footing. This sort of media coverage complicates the truth in the eyes of people watching it from all over the world.

Israel's iron-fisted approach towards Palestinians —  which includes gruesome violence the Zionist state has unleashed in the past decade —  has succeeded in suppressing the voices of Palestinians to a great extent.

As Tel Aviv became more and more emboldened to pursue its policy of erasing Palestinian identity, with events such as the movement of the US embassy to Jerusalem in 2018, strengthening the resolve of its settler-colonial forces, this year Palestinians began to speak up against the ongoing atrocities. The settler violence in East Jerusalem's Sheikh Jarrah neighbourhood shook up the wider Palestinian society and they came out onto the streets to protest against the forcible evictions of Palestinians from their homes.

Prior to this incident, we had almost forgotten the importance of protesting in a place like Jerusalem where you cannot fight for your rights without being silenced. So in the past few days, as Jerusalem resonated with the chants of freedom from the Israeli occupation, some international media organisations unashamedly labelled the Palestinian dissent as "clashes" with the Israeli police. The truth is that it was the settlers who first tried to usurp the properties of Palestinians, triggering protests, and then the police came in their support to further muzzle the voices of besieged citizens.

Witnessing what is happening in Palestine is as important to me as being a journalist covering the conflict. I try and look beyond the competing narratives that often drown out the voices of Palestinians. Even though I maintain a healthy distance from emotion for the sake of journalistic neutrality, speaking directly to victims is very tough.

On the night of Laylat al-Qadr, the holiest night of Ramadan, my father, who is 72-years-old, went to pray at al-Aqsa mosque. He couldn't finish the prayers and came back running home because the Israeli police showed up inside the mosque's compound and applied brute force on Palestinian worshippers who were taken by surprise.  They fired tear gas shells, stun grenades and rubber bullets at the  Muslims who were praying inside the mosque. It was a terrifying experience for a man of his age. International media covered the story that night as if it was just another clash between two equal sides, while putting all of those Israeli weapons in comparison with the stones that the Palestinians were holding both in self-defence and in an act of resistance.

My family would always worry about me, especially when I am out in the field, but I always assure them that being outside with a camera makes me less nervous than being in my living room watching the unfortunate events unfold on TV.

But pursuing journalism in a troubled place like Palestine can be psychologically challenging, too. After calling it a day, it is difficult to head back to the same neighbourhood in the evening where violence would have exploded in the day. It’s been terrifying at times. On several occasions, I have navigated the exasperating police presence around the Damascus gate of the old city of Jerusalem, where the Israeli police would often kick up unrest by unfairly targetting the Palestinian youth. To avoid encountering any untoward incident at the Damascus Gate, I have time and again taken different routes, longer than the usual one, to get back home. I would often take crowded streets to feel a little safer. While walking, I try and forget the images of violence that flash across my mind. I also try to distract myself from the chanting of slogans and protest songs that I cannot help hearing. I simply want to go home and get some rest so that I can be ready for the next morning and for a new day.

A few weeks ago, I visited the Sheikh Jarrah neighbourhood and listened to the people there tell their stories. Being also from Jerusalem made me write a personal and detailed piece about what it feels like being from Jerusalem and facing the threat of eviction at any moment. Many of them told me that they don’t have any plans on where to go or what will be happening to them if they get evicted. One of them is a bride-to-be who is about to get married. She told me how she hasn’t yet bought anything for her wedding because she’s worried about eviction and their belongings being thrown into the street. They are also afraid of what the future may hold.

Tensions will continue to rise. The protests will, again and again, erupt until Palestinians are not given freedom and dignity.

Only then, there will be a chance for Jerusalem to be peaceful and welcoming, the way it has been historically and the way it should always be. Palestinians deserve a space where they can aim for a future where one doesn't have to worry about when and how to leave his or her home. We want a future where we are certain that after a day's work we will return home alive, and that we have the right to pray at our holy places without being harmed by anyone. And above all, we want to sleep peacefully at night, without the fear of an armed settler or a heavily armed Israeli soldier barging inside our homes.

It is simply very complicated to live in the old city and have to think a million times before making personal decisions in life simply because the occupation may well have other plans for you.

For decades, Palestinians in the city have been trying to improve their lives, including myself, by applying for better jobs, maybe outside the country, dating men that could be the right partners, thinking of investing in a car, or if you’re rich enough, in a house, but the occupation always has a say in those decisions.

If you live abroad, you can lose your residency and therefore lose access to the city. If you get married to someone with the wrong documents, you are to live a complicated life, and if you want to invest in a car or a house, you will encounter several other complications.

Meanwhile, Israelis in the city, who are also born and raised here, do not have to think about any of this because the entire system is there to support them.

This situation has forced so many Palestinians to abandon their dreams. We have been pushed to live in a perpetual dilemma. Every Palestinian can relate to it.

The occupation not only constrains you to move the way it dictates, but it also paralyses you mentally to a great extent. We are left seeking consent from occupying forces in order to minimise our losses.

This is what being a Palestinian from Jerusalem means. Sabreen Taha is a Palestinian video journalist and producer from Jerusalem. She currently works as a Senior Producer at Sowt Podcasts and has worked before with Reuters News agency, Al Jazeera network, and many other media outlets. 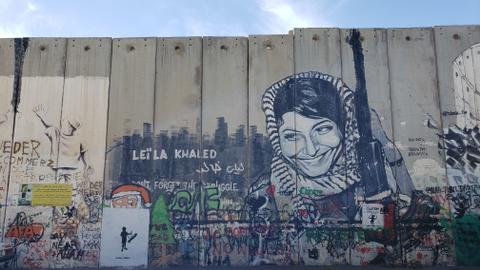 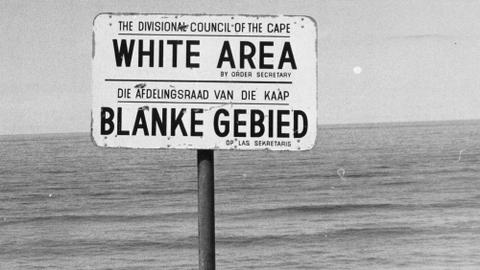 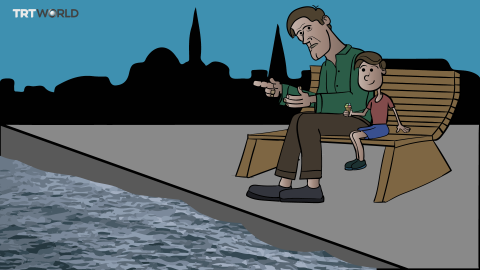 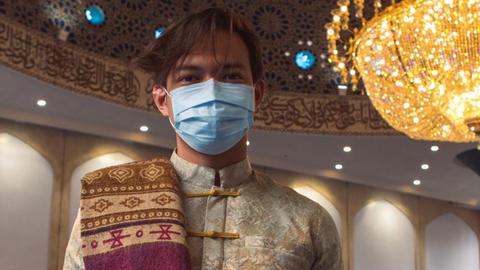