What’s behind the upheaval in Venezuela? It’s not Trump.

International recognition of national assembly head Juan Guaido has invigorated the opposition’s struggle against President Nicolas Maduro. But genuine change will only come from within.

In April 2018, US President Donald Trump abruptly cancelled a planned trip to Peru where he was supposed to meet Latin American leaders at an important summit. The official reasoning was a chemical attack in Syria that needed his attention. Unofficially, his entanglement with a probe into Russia’s influence over his election campaign held him back.

Columbia was also on his itinerary and was scrapped entirely.

Trump, who took office in January 2017, didn’t visit the region until late last year when he attended the G20 meeting in Argentina.

Throughout that period he took little interest in Latin America.

But last week, the US President took a decisive step and delivered a powerful diplomatic punch to Venezuela’s President Nicolas Maduro by recognising an opposition politician as the leader of the country.

“Trump couldn’t care less about Latin America,” Alejandro Velasco, a historian at the New York University, told TRT World. “I think the angle here is more domestic than an international one.”

The move comes at a time when the Trump administration had a faceoff with the Democrats over a government shutdown-  a result of a tussle over funding for border a wall with Mexico to stop Latin American migrants from entering the US.

“Venezuela served as a useful distraction from that crisis. And we saw bipartisan support from both the Democrats and Republicans for this move of supporting the (Venezuelan) opposition,” says Velasco.

The man in Washington who cares more about Venezuela is Marco Rubio, a Republican senator from the state of Florida where Cuban and Venezuelan dissidents form a strong vote bank, he says.

Rubio, the son of Cuban migrants to the US and a Republican who once aspired to become the president, is seen as the main architect behind Trump’s January 23 decision that has thrown the future of Maduro government into doubt.

For weeks Rubio actively campaigned for Juan Guaido, the head of Venezuela’s parliament. Last week, the US, Canada along with other countries recognised Guaido as the legitimate leader of the country.

Opposition from the outside? Not really.

The Florida senator is a close ally of a fellow Republican from Miami, Carlos Trujillo, the US ambassador to the Organisation of American States, a regional body, which has played a pivotal role in sidelining the Maduro government.

This might have raised some questions about the Trump administration’s commitment to its backing of the Venezuelan opposition.

Luckily for Guaido, the international pressure on Maduro is coming from a wide range of countries, especially from the European Union and Spain, which is an important trading partner for Venezuela’s, he says.

The EU member states were among the countries which refused to accept Maduro’s legitimacy when he took oath for a second six-year tenure in office on January 10.

Venezuela’s opposition parties, which took control of the national assembly in 2015, became almost redundant last year as some of its leaders were jailed or forced into exile.

Even after massive street demonstrations in 2017 brought global attention to the economic crisis, the opposition was not able to dislodge Maduro from power.

“What we have seen in Venezuela is that the centre of gravity of the opposition has shifted almost entirely abroad,” says Velasco of the NYU.

The OAS and its Secretary General Luis Almagro have pushed for Maduro’s removal and even influenced Venezuelan opposition into refusing to negotiate with the government, he says.

But Juan Guaido, who was hardly known outside the country just a few weeks back, has also benefited from growing public frustration over hyperinflation and shortages of food and medicine.

Guaido is a member of the Popular Will party of Leopoldo Lopez, who has been under a house arrest for more than a year.

Both Velasco and Pantoulas tell TRT World that over the past year even some of Maduro’s diehard socialist supports have switched camps because of the economic hardships they face.

“Guaido is seen as an outsider - not the political elite, which has been discredited. And now all the opposition is backing him. That’s a big change,” says Pantoulas.

Maduro, caught off-guard with Guaido’s sudden popularity, appears to be at his weakest position since he became the president in 2013 as he offered to negotiate with the opposition.

“He is trying all the old tricks where he would start a dialogue with weak and divided opposition leaders. But this time it’s Guiado, and he has massive support at home and abroad,” says Pantoulas.

Worryingly for Maduro, the powerful military might be taking note of his weakness, he says.

Over the weekend, Maduro attended a military drill to show his hold over the army.

Opposition leader Guaido has openly asked soldiers to rise against the government and promised amnesty against legal action for their action.

“The key is going to be the mid-tier officers” not the generals, says Velasco. 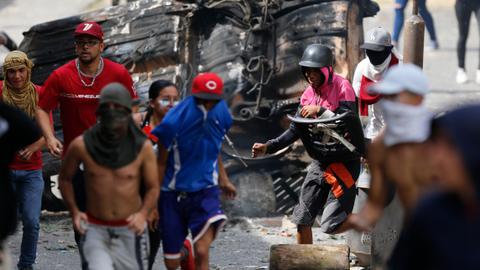 Is the US trying to instigate a coup in Venezuela? 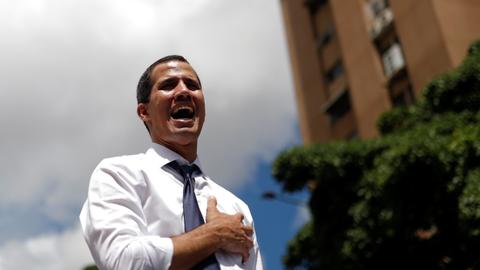 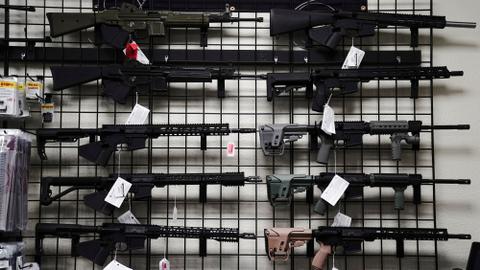